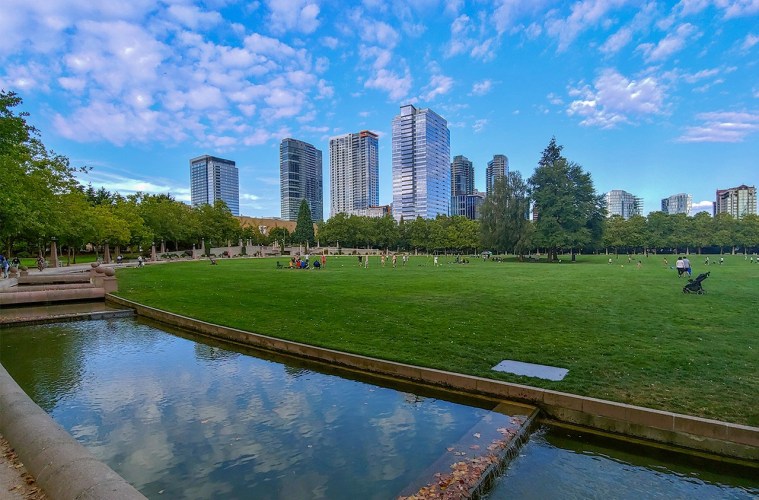 The challenges presented by COVID-19 have been felt locally by every home buyer, seller and real estate broker. Residential real estate, which was moving at breakneck speed through February, came to a screeching halt for two weeks in March after the initial Stay Home order was implemented.

As soon as Governor Inslee declared real estate an essential business, the engines started to rev again. Despite job losses and a nosedive in general consumer confidence and spending, home buyers started to jump back into the market. Theories abound about why this could happen in the middle of a pandemic:

Some of these theories have metrics behind them and some remain just theories. Regardless of the motivation, buyers are back “out” in force, touring prospective homes online, via livestream video with a broker or pre-produced 3D tours and videos. Brokers are showing them homes in person too – while following many safety precautions. Because of this strong buyer interest, prospective sellers are hearing from their brokers that now may be a good time to list.

For weeks now, we have seen multiple offers on homes in popular neighborhoods. Brokers, for whom business was put on hold at the end of March, are as busy as at any other point this year. Though the new normal is still not completely normal, the market in many neighborhoods and price points seems to be skipping along as if it were.

To learn how various sectors of our local real estate market are performing during COVID-19, we asked Windermere experts from Seattle and the Eastside what they are seeing.

Laura Smith, co-owner and principal broker of Windermere Real Estate Co., which operates multiple real estate offices in Seattle, has been busy helping brokers ramp up quickly and navigate a hefty transaction load along with new protocols for listing and showing homes. “It’s been a total whirlwind,” she said. “The market went from zero to sixty in a heartbeat.”

Smith explained that out of nine MLS areas in the city of Seattle, seven had less housing stock (measured as months of inventory) than what was available in May 2019, and the other two areas had the same inventory levels as last year. She noted that Seattle’s pending home sales during Week 3 of May already had reached 95% of the transaction count from the same week in 2019.

“Right now buyers want in,” Smith said, “and inventory numbers favor sellers.” Prices, as a result, have “stayed strong,” according to Smith, even in the midst of a health-related shutdown.

Bouncing Back on the Eastside

According to Matt Deasy, President of Windermere Real Estate / East, Inc., the volume of business has bounced back quicker than expected and brokers are busy helping buyers and sellers while following new practices to prevent the spread of the coronavirus.

“After reentering the market, buyers are finding the competition as fierce as it was before COVID-19,” Deasy said. His analysis shows that while Eastside pending sales are still down from a year ago, by Week 2 of May they were at 73% of last year’s figure from the same week. “Each week we are seeing the market steadily catch up to last year,” Deasy observed, “and I think it will soon head north of 2019 weekly transaction yields.”

Deasy pointed out that low Eastside housing supply is a challenge for buyers rushing back in to the market. “There is so little for sale” he said, noting that of the Eastside’s eight MLS areas, all but one had extremely low levels of inventory. “In fact,” Deasy continued, “three Eastside areas have a month or less supply of homes.” As a result, he predicts that “prices in popular neighborhoods will continue to climb” for the foreseeable future.

Patrick Chinn, owner of Windermere Real Estate Midtown, regularly works with luxury brokers and their clients. He observed that the luxury market was proceeding at a seasonally appropriate pace prior to the shutdown but has appeared a little slower to come back online as restrictions on real estate lifted. “Luxury sellers are typically not in a rush,” Chinn noted, “and the safety considerations of listing a home during COVID-19 may have delayed” their entry into the market.

Due to their high net worth, luxury buyers on the other hand may have been “less adversely impacted by the very real economic impacts of the shutdown,” Chinn said. But he also observed that fluctuations in the stock market usually make for “a restless luxury market, despite greater potential access to capital.” Chinn expects the pace of new high-end transactions and inventory to remain below what it was pre-shutdown, at least until there’s a clearer economic picture in sight.

Chinn did note that if a singular property is listed during an economic downturn such as the one we now find ourselves in, there can still be great urgency by luxury buyers to purchase. He gave as an example a Medina property listed during the topsy-turvy days just before the shutdown that quickly went under contract at its asking price of $11.75 million. “Iconic homes on iconic streets will still generate lots of enthusiasm, even during a downturn,” Chinn said.

He reported that one of his brokers went full speed ahead to list a one-of-a-kind beachfront property in Magnolia. Even during the lingering impacts of COVID-19, “there’s no time like the present for listing incredible homes,” Chinn explained.

Joe Deasy, co-owner of Windermere Real Estate / East Inc., says that the early phase of the shutdown created significant waves for residential builders. Initially both the building and listing/showing of all residential new construction projects were stopped due to the Stay Home order.

As builders start building again and brokers start showing finished units, “the early pace will naturally be a bit slower,” Deasy said. He explained this as a result of builders needing to rehire furloughed workers and buyers’ agents implementing safety measures to prevent the spread of the coronavirus.

“I expect things to accelerate pretty quickly as we move forward,” Deasy predicted. His reason? “There’s so little inventory out there, both new construction and resale,” he explained. “The product that is available looks pretty attractive right now, since it’s brand new and no one’s ever lived in it.”

Deasy remains positive about the region’s new construction market. He pointed out that leading into the Stay Home closure, Windermere’s King County new construction business was through the proverbial roof. “Even factoring in the shutdown, our year-to-date unit sales are up 41% over last year,” he noted, “and our sales volume is already at $700 million.”

Looking ahead, Deasy predicts that demand for new construction homes will remain strong and that supply will have the biggest impact on the sector’s overall market performance. “Low inventory may influence 2020 sales more than the shutdown,” he explained, “which, all things considered, was relatively brief.”